What is hyperemesis gravidarum?

Home/In the News/What is hyperemesis gravidarum?
Previous Next

What is hyperemesis gravidarum? 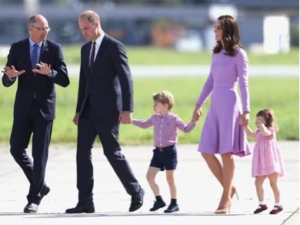 Britain’s Prince William and wife Duchess Catherine are expecting their third child, and Kate is suffering from hyperemesis gravidarum as she has with her two previous pregnancies.

The severe vomiting and morning sickness doesn’t typically endanger mother or child, but “it is pretty miserable,” said Kecia Gaither, director of perinatal services at Lincoln Medical and Mental Health Center in the Bronx, part of the NYC Health + Hospitals system.

In most pregnancies, nausea and vomiting go away by the second trimester, or about 13 or 14 weeks into the pregnancy, said George Macones, an obstetrician-gynecologist at Washington University in St. Louis and a spokesman for the American College of Obstetrics and Gynecology. A few unlucky women may have severe vomiting throughout pregnancy, and require intravenous nutrition.

The college advises women who can’t keep anything down for 24 hours or more to call their doctors. In severe cases, women can become dehydrated because of lack of fluids.

Doctors believe the cause of nausea and vomiting during pregnancy to be rapidly rising blood levels of a hormone called HCG, or human chorionic gonadotropin, which is released by the placenta, according to the National Institutes of Health.

There’s no reason to believe that excessive vomiting is caused by a problem with the baby, Macones said. However, the condition can be more common in women carrying twins or triplets.

Less than 1% of all pregnant women are hospitalized for vomiting. These women may need to be hospitalized for a few days so doctors can administer intravenous fluids, as well as anti-nausea medications, such as vitamin B6, a drug called Zofran or others, Macones said.

Doctors may also need to give these women potassium or other electrolytes to restore their normal balance, Gaither said. In “exceedingly rare” cases, women may need to be cared for in the intensive care unit. Doctors can typically intervene early, however, to prevent serious complications.