Ectopic Pregnancy: What Moms-to-Be Need to Know About This Pregnancy Complication

Home/In the News/Ectopic Pregnancy: What Moms-to-Be Need to Know About This Pregnancy Complication
Previous Next

Ectopic Pregnancy: What Moms-to-Be Need to Know About This Pregnancy Complication 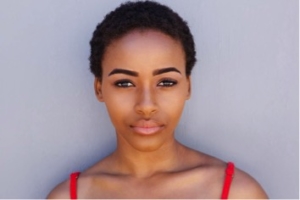 While most often the fallopian tube is the primary site of implantation causing a tubal pregnancy – ectopic pregnancies can implant on other sites such as the cervix, ovary, abdominal wall or on the surface of other intra-abdominal organs. “The fallopian tube cannot support a growing embryo and an ectopic pregnancy must be treated promptly to avoid damage to the tube,” says Dr. Kecia Gaither, a double board-certified physician in OB/GYN and Maternal-Fetal Medicine in New York City. “It typically occurs in the first few weeks, sometimes before a woman realizes she is pregnant, so it’s important for women to be alert to the symptoms and seek immediate treatment.”

What are the symptoms of ectopic pregnancy? An ectopic pregnancy may initially seem like a normal pregnancy with symptoms typical of the early weeks: missed period, breast tenderness, morning sickness. Indications that something is wrong might include:

Any of these symptoms should prompt a call to the doctor. Left untreated, an ectopic pregnancy can rupture the fallopian tube, cause heavy intra-abdominal bleeding, severe pain and possibly death.

What causes ectopic pregnancy? It may not always be known exactly what causes an ectopic pregnancy but, in many cases, a damaged fallopian tube impedes the progress of the fertilized egg to the uterus, trapping it in the tube. The fallopian tube may have been damaged by scarring from a previous infection, pelvic surgery or ectopic pregnancy; pelvic inflammatory disease or sexually transmitted disease; or a birth defect that resulted in an abnormally shaped tube.

How is an ectopic pregnancy diagnosed and treated? A doctor will diagnose ectopic pregnancy by a combination of a pelvic exam, ultrasound, and blood tests to measure hormone levels. Treatment depends on how far the pregnancy has advanced. If caught early, an injection of methotrexate will cause the pregnancy to stop growing and the body to absorb the pregnancy tissue. If surgery is required, a minimally invasive laparoscopy can remove the pregnancy and, if it is damaged, the fallopian tube itself. In cases of heavy bleeding that might mean the tube has ruptured, more extensive surgery might be needed.

“Ectopic pregnancy is rare, but because of its implications for future fertility, it is important for women to recognize its symptoms and act quickly to prevent lasting damage,” says Dr. Gaither.